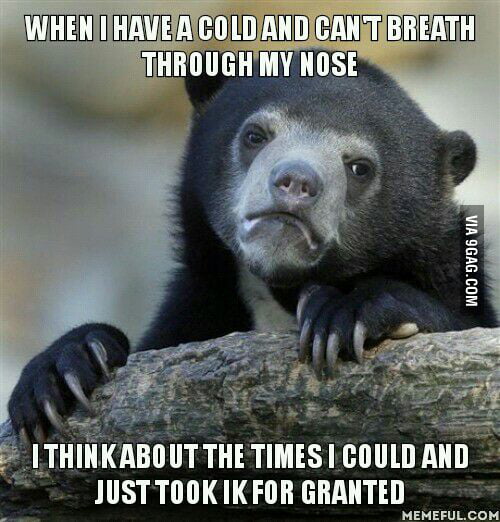 You see, I *might* have been recently bragging about not getting sick on account of being vegan. I can’t talk for my fellow vegans but I was feeling pretty super-human for a while. Since going vegan, people around me would catch colds and I might catch them every now and then. Whilst everyone normally suffered, my cold would come and go, like a ship in the night some may say. I was a cold’s worst enemy.

Then a couple of weeks ago, it happened. A nasty cold found it’s disgusting way through my immune system and decided to stay. This cold was taking revenge.

First my throat began to swell and I was struggling to swallow, then the next day my muscles were crazy sore and I could barely move. Normally my colds would last three days (max!) so I was certain I’d be feeling better soon.

Oh, how wrong I was.

Then the head cold began and I had green coming from everywhere. Everywhere. Well, not everywhere. From then on I couldn’t talk without violently coughing at whoever I was attempting to converse with.

All in all, it took about 10 days to get rid of this mega-cold.

Please Cold Gods, don’t give me another mega-cold… I’ll stop saying that vegans don’t get bad colds any more! I promise!

So yea, vegans get colds. But do you know what they are a lot less likely to get? Type 2 diabetes, heart disease and a plant-based diet has also been shown to suppress certain types of cancer.

Kapowwwwww!!! Killer end line right? I’d much rather a cold then one of the above.

Let me know if you’d like to find out more about the crazy number of benefits from eating a plant-based diet (which does not include exemption from colds).