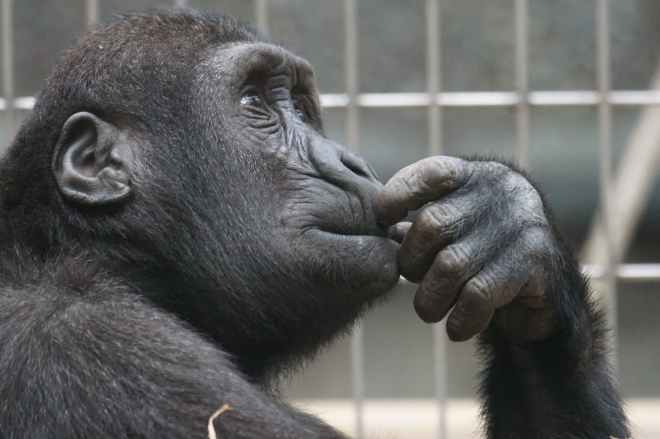 Posted on May 4, 2020May 4, 2020 by The Crumby Vegan Posted in For the AnimalsTagged Animals, BBC, BoycottZoos, Human, Humans, ILoveAnimals, TheCrumbyVegan, TheHumanZoo, Tour, Zoo

Mid April 2020, a zoo in Germany announced that they may have to resort to feeding animals to each other. Then other zoos around the world announced the same. This doesn’t shock me because zoos are horrible businesses, making money from keeping animals in captivity.

Welcome to The Human Zoo!

I love showing good folk like yourselves around The Human Zoo. During your time here, you’ll get to see many different types of humans, ones that you would have only ever seen in books! Also, you’ll be happy to know that we look after our humans very well. This is very important to me personally, as I love humans and I wouldn’t expect you good folk to spend your well-earned money in a place that was mistreating humans. Never.

I’ve got an action packed tour for you today. You’re going to see so many wonderful types of humans, you won’t believe your eyes! First let’s head to where we keep the blond humans.

If you look to your left you’ll see our blond human exhibit. These humans have long blond hair, short blond hair, curly blond hair, straight blond hair. One of our priorities at The Human Zoo is diversity. Their hair is so yellow and shiny! Look at them all playing together. Don’t they look funny?

If you’re really lucky, you might see my favourite blond human sitting at the back behind the bushes. His hair is so blond, it looks white. We found him in the far north and he’s taking time to adapt to his enclosure. He’s still a bit shy as he hasn’t got used to visitors yet.

Excuse me Mr Tour Guide, do the blond humans ever have baby humans with other hair colours?

Good question! That has been known to happen, although it’s very rare because we’re super careful about who we breed the blond humans with. We want to make sure that their species stay as pure as possible so we put them through a lot of rigorous testing.

What happens to the non-blond baby humans? Do they have a different exhibit?

Ah well brunette humans, for example, are in abundance, so we wouldn’t keep them specially to show you. Instead they go on to other places where they can be used for other means. We are very environmentally friendly that way.

Now, if we just walk on a bit further you’ll see the tall human exhibit. Check out these humans, they are very impressive. We have collected some of the tallest humans that have ever existed and our smallest is just over seven feet tall. Notice how high we have to build their enclosures so they can’t get out – it’s huge!

Let me know if anyone has any questions otherwise we can move on to the next exhibit.

But what if they want to leave?

You don’t want the tall humans to go extinct do you, little boy? Because that is what would happen if we didn’t keep them here. I can’t imagine a world without tall humans. It would be awful.

Next, here’s our newest exhibit: Chinese humans. How amazing is that? They look so different to the other humans. We flew them straight from China last month and have made their exhibit as much like China as possible. These Chinese humans are in their juvenile stage but in a few years time, they’ll be able to mate and we’ll have our own Chinese human family right here in the zoo. Revolutionary!

Why do they look so sad?

They are not sad! They’re happy. They get fed every day, what is there to be sad about? Let’s crack on.

Next is the brown human exhibit. Check out their glorious skin colour. We found these humans in countries where it was very hot. Unfortunately it has been tough for them to acclimatise to our colder weather but I’m sure they’ll get used to it eventually.

Brown humans tend to be the strongest and fittest of all the humans, so we actually have to reinforce our exhibits as otherwise they could possibly climb over. Notice the spikes at the top of the fencing? We wouldn’t want them getting out, would we boys and girls? Imagine never getting to see a brown human your whole entire life, that would be a travesty. That’s why at The Human Zoo, we work hard to show you real, live humans.

Why do you need the spikes? Have the humans tried to climb out before?

Oh little boy, you are full of questions today! No of course the brown humans haven’t tried to climb out, they love it here. Every human loves it here.

Now we come to the best exhibit of them all: the humans with disabilities exhibit. Here we specialise in humans that are born with more or less limbs than regular, boring humans.

These are some of the most valuable humans in the whole zoo. We actually take them from their mothers at birth so they’ve lived their whole lives here.

Now I know that everyone wants to see a human with disabilities! But who wants to touch one? For an extra fee, I can take you into their cages and you can touch one. They love having visitors! These humans are incredibly special so this is a once-in-a-lifetime opportunity.

Son, do you want to go in to see the humans with disabilities?

No mum. They look scared. Can we leave now?

Oh, you’re leaving? Well OK but I can’t offer you a refund. Also don’t forget to visit the souvenir shop on your way out!